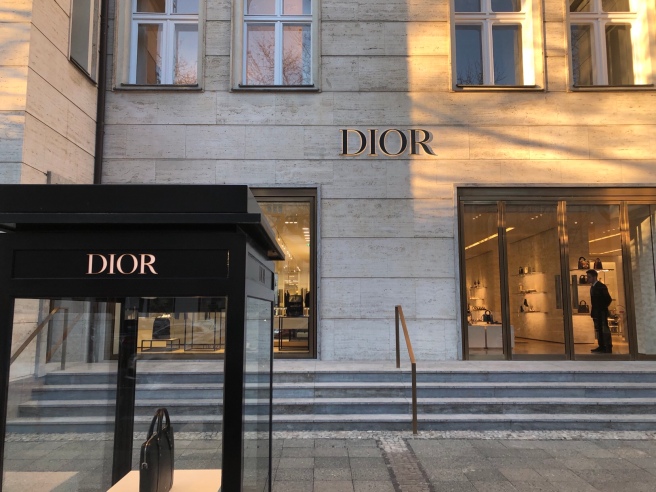 Logos represent everything a brand stands for, its emotional impact, invoking the imagery and emotions associated with it, triggering and constituting them ad infinituum, Gertrude Stein won’t contradict me here, I hope. Nike would be the very same without its swoosh, though we’d all miss it intensely, it has become part of us, just like the double C created by Coco Chanel, worth millions, our synonyme for style, class and luxury. Logos are all roses to us, the flower of flowers, so don’t change it, don’t ever change it, rules sometimes aren’t made to be broken, so, I dare to ask, who dared to change Christian Dior’s logo? And more importantly, why? Who put the star from Avenue Montaigne’s legacy in question, the man who created a new look, a look new for all eternity? Harper’s Bazaar’s Carmel Snow did not exaggerate, however démodé the famous 1947 Bar dress might be, or not, its allure has stayed on, even survived Hedi Slimane’s turning it upside down when Berlinizing it, the classic letters stamped everything with style, however contradictory to Monsieur Dior’s bourgeois taste some of the later collections were, his logo did its job, emphasising every new idea with the house’s heritage, ennobling every new attempt of modernité, consequently, these classic mixed letters seemed to be made for all eternity – or weren’t they? Who felt the need to capitalise them, in some new indifferent typo, different enough though to scream ‘man over board!’. Obviously, Christian Dior’s spirit has left the building for good, taking the Avenue Montaigne allure with him, and we look at the evil banality that is left.

Last Christmas, I didn’t give my heart to anybody, but I managed to stuff myself to death at Hermès in Zurich. I can’t remember what I purchased that day, another carré or just my Eau d’Orange Verte deodorant, so much more fun to get your deodorant at Hermès than at a department store, however fancy, but I do know what I had to eat: lots and lots of chocolates, Hermès branded chocolates that is, the iconic carriage and the equally iconic H on the yummiest chocolates ever, I forgot to ask where they came from, so I cannot tell you whether they were Swiss made from Sprüngli or Teuscher or whether they were from France, but whoever made them: good job! Well done! I ate an inappropriate amount of them at the counter and finally had to move to allow some other customers to pay for their stuff and so I ever so bluntly took some more for the road. I managed to take a picture of the remaining two at home. Best Christmas ever. No one broke my heart and I gained some weight! 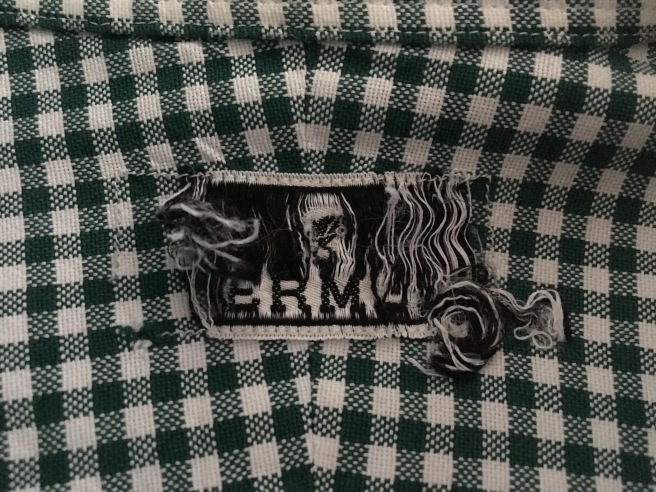 When I was doing an interview about style and fashion with a German newspaper last year, the NWZ, I told them about something my father and I have in common: we literally wear our clothes, our favourite items at least, until they fall apart. No matter what people think. People being Mrs Peters, my parents’ Bügelfrau doing their ironing once a week. For years and years, actually it’s been decades, not years, she has been ironing a particular shirt of my father’s that simply refuses to fall apart. The only existing proof it wasn’t bought lately, even all of its buttons never had to be replaced, is the brand’s logo on the collar. The dissolving logo, that is. Hermès, it used to say. The little carriage and its little horseman above the name left first for good when the material declined entering the 21st century. Mrs Peters never commented on it. Way too discreet a woman. But I guess this continuity in her work must be of some comfort to her. Maybe she holds this shirt dearly by now, after all these years. They grew old together. Just like my father did with this shirt. But not in public, just in Mrs Peters’ Bügelzimmer, in a privacy of their very own, her ironing room. How romantic. Oh my God, they’ve been having an affair behind my father’s back in that room. I can’t believe it!