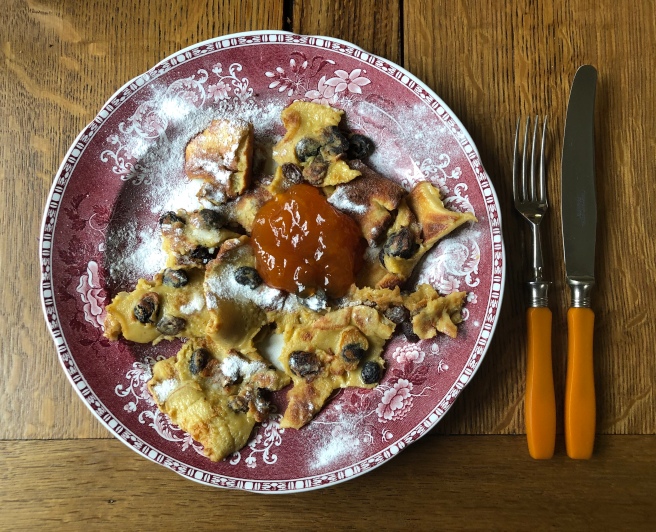 Austria is very blessed a country. They not only have Sissi, that wonderful iconic empress played so heartbreakingly sweet by Romy Schneider, more importantly, they are lucky to have the very best pastries in the world. You all know the Sachertorte from Sacher’s in Vienna, probably the most famous chocolate cake in the world, although it’s not the vast amounts of chocolate that are to blame for its fame, but the fine layer of apricot marmalade, then there’s Demel on Kohlmarkt near Hofburg Palace, purveyor to the Imperial and Royal Court of Austria, the best pastry shop in the world (at least, as far as I’m concerned) with an absurdly delicious range of tarts and cakes (and a very yummy Beef Wellington, too) that make you forget all about the importance of beach bodies in general and very much of your own in particular, and finally there’s Kaiserschmarrn, a kind of elaborate pancake with lots of rum raisins—and some apricot marmalade to dip your pieces into for a slightly sour yet very fruity contrast. That one, at least, you can do all by yourself (don’t forget some grated lemon peel, it’s quite crucial), for anything from Sacher or Demel’s you need years and years of training… Years! 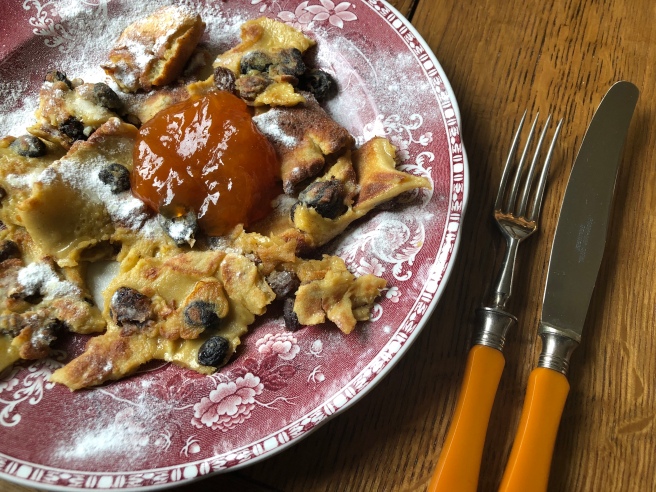 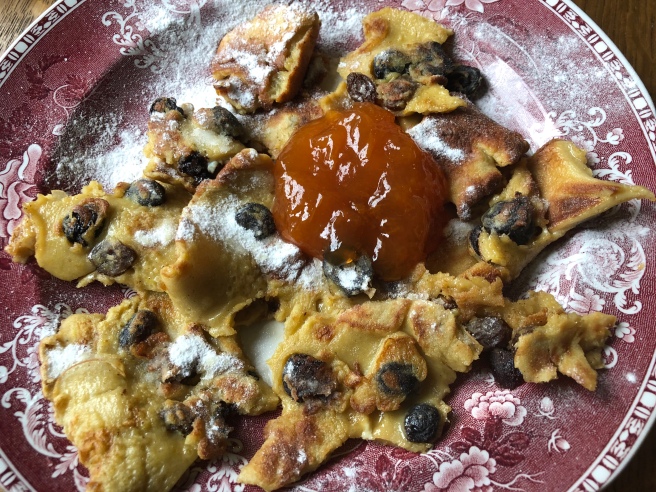 One thought on “Pastries, imperial style.”