Actually, I had already had breakfast, but when I came by Berlin’s Literaturhauscafé on Fasanenstrasse, I looked into the beautiful little garden, so lush and green, with the lovely sound of well-mannered people chit-chatting over whatever one has at 11 o’clock, and all of a sudden I had to have a second one—by the way, the Buddenbrooks, my favourite family in literature, had a second breakfast on a daily basis, and I can tell you now, it’s not a bad idea at all. I ordered Italienischer Milchkaffee, Italian coffee with milk, I didn’t expect much to be honest, as caffè latte sounds more Italian and more promising, at least to me, but it was the best coffee I’ve had in a long time, the Eier im Glas, soft boiled eggs served in a glass, were a bit disappointing, I’m used to have them a little more spiced up, but judging from the taste of the totally unseasoned eggs, I could tell they were organic, no unhappy chicken produces such good tasting eggs, I’ve peppered them intensely nonetheless, still quite modest an approach to seasoning—my grandmother and Klaus Mann’s Barbara Bruckner had them with six different spices. 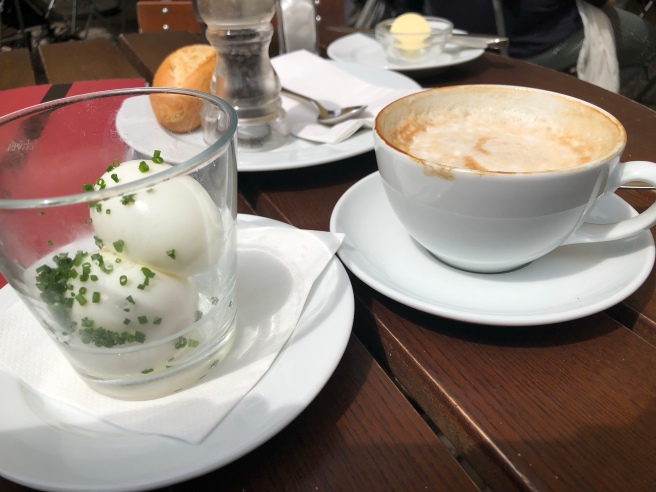 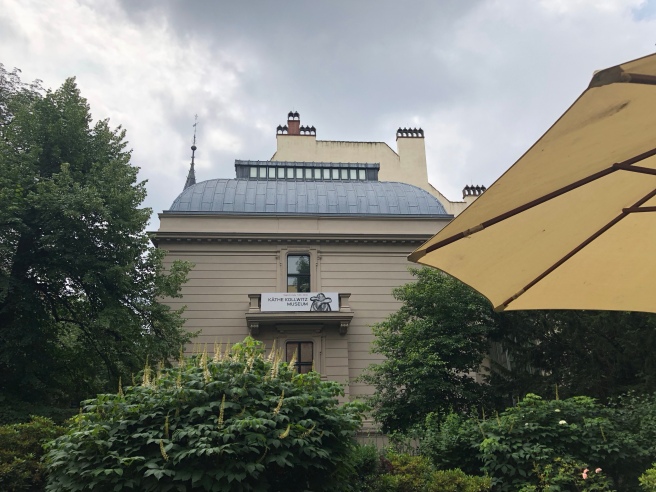 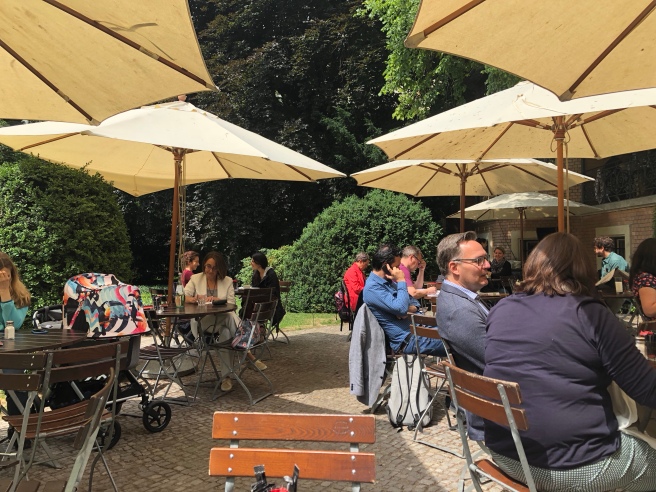 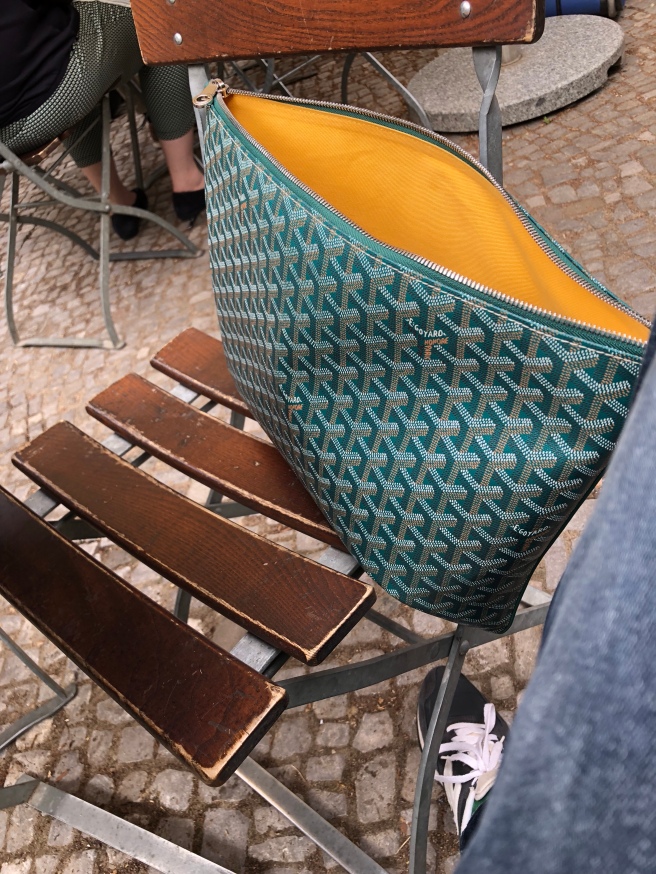 4 thoughts on “The nicest place for breakfast.”