It’s hard to find a place without any trees in Berlin, they’re everywhere, even important buildings like Humboldt University in what used to be East-Berlin – the Berlin featured in Alfred Hitchcock’s Torn Curtain, a place much less horrid than the film, he must have been drugged throughout the entire production, or even at the time when he was reading the script, why would anyone shoot such a boring mess, anyone, I ask you, but I wildly digress – anyway, even this architectural gem is partially covered in leaves and blossoms of a majestic chestnut tree, actually, all of Berlin is covered in trees, up and down every place and street, they’re flourishing so opulently you can’t make out the trunk at times. I wonder who planned this urban jungle, some green spirit way ahead of its time – whoever he was, I proposed a toast to him today, with my little bird friend and my soy caffè latte venti at a very treed Starbucks. 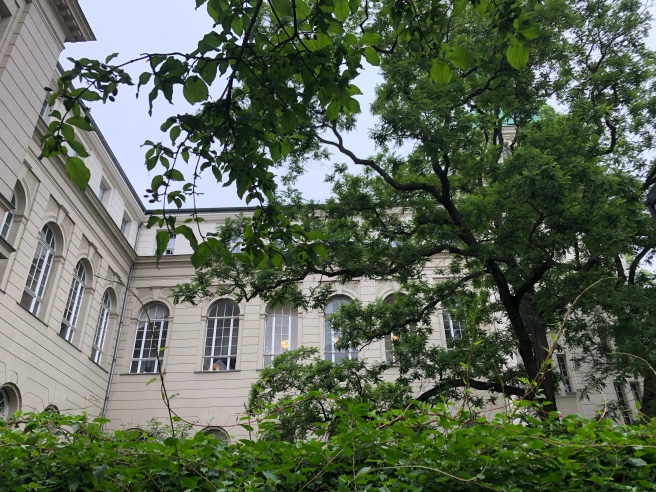 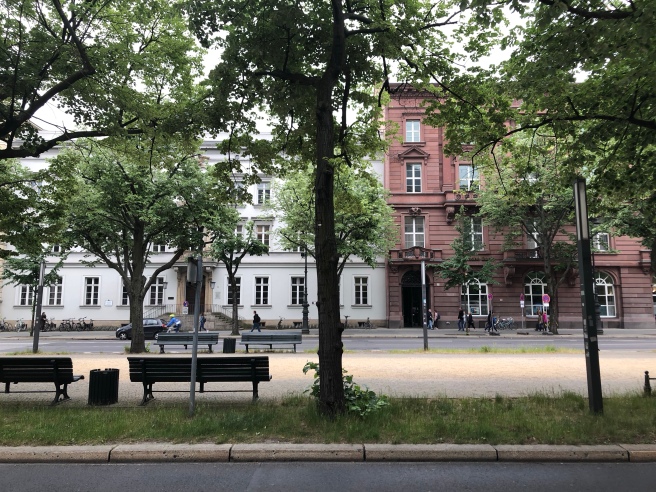 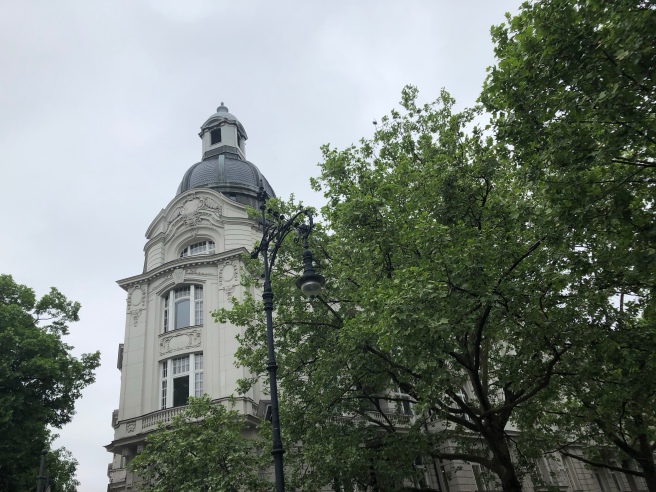 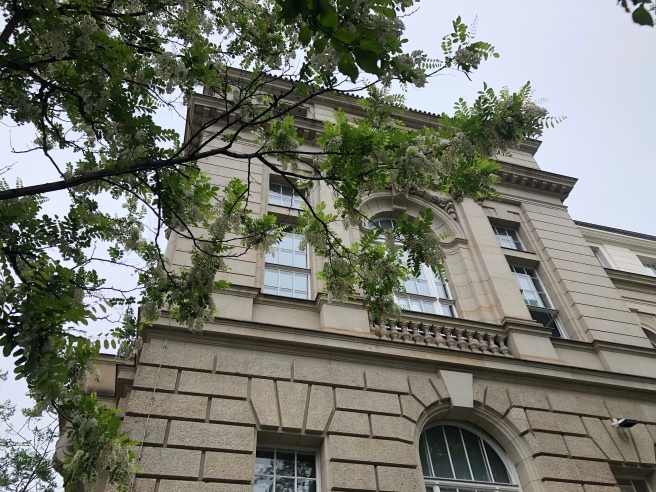 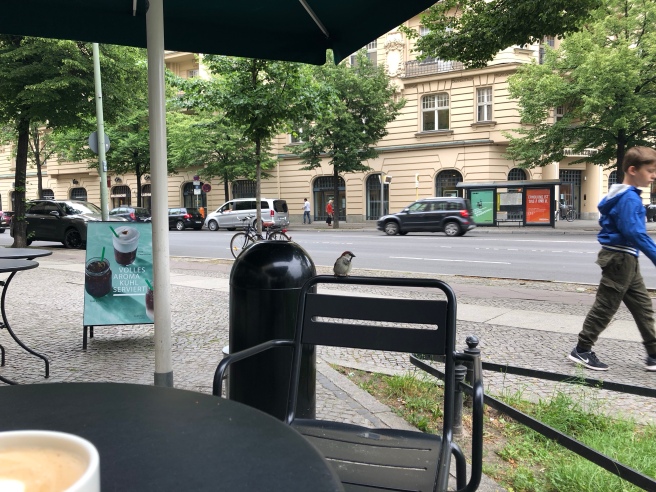