If I were to name a truly successful design, I’d pick Hermès’ Brides de Gala print. It has had more comebacks than Shirley MacLaine and every single one of them was well received. Huge box office successes. This one is my mother’s from the early 1970s. It’s been around the globe twice and has met a lot of dry cleaners. It saw The Godfather not on DVD or on Netflix but at a cinema when it first came out. It was knotted around my mother’s neck the day Richard Nixon took his last helicopter ride aboard “Marine One” after leaving the White House for good. And although the style of politics and movies has changed a lot since then, it hasn’t aged a bit. Just take a look at the quality of that silk. 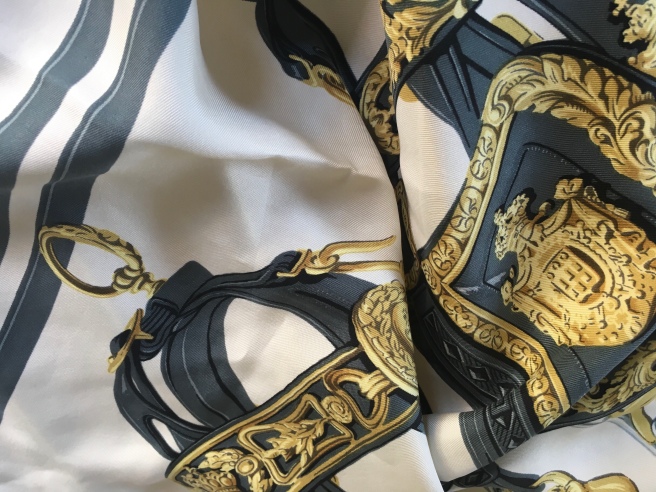 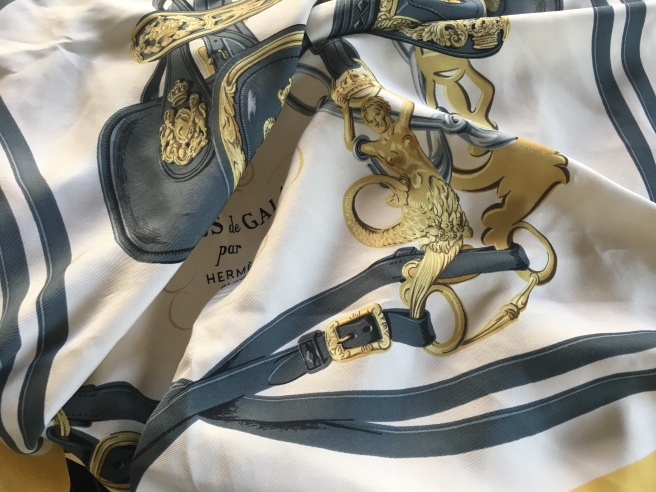