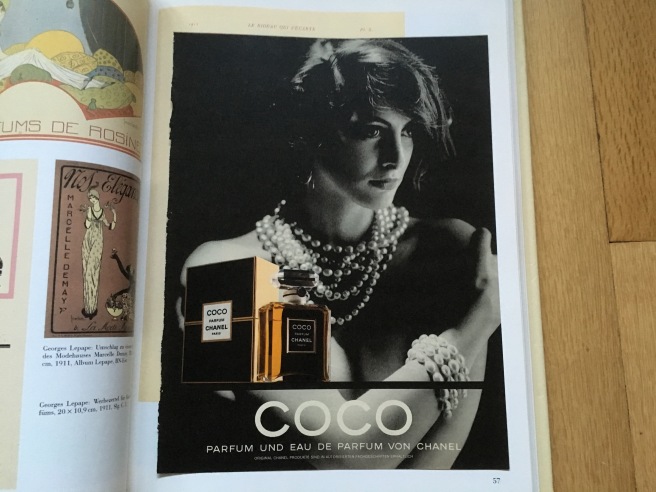 In 1986, I fell helplessly in love with Inès de la Fressange. I don’t recall the exact date, but whatever Monday or Thursday it was, in May or in August, it brought thunder and lightning. I was struck, smitten and lost. As a matter of fact, I am still struck, smitten and lost, when I look at this advertisement for Chanel today, almost precisely thirty years later. I took it from my favourite newspaper supplement, the Frankfurter Allgemeine Magazin, on the very day it appeared, regardless of the fact that my father hadn’t read it yet, and I have kept it safe between the pages of my beloved Georges Lepape monography by Claude Lepape and Thierry Defert ever since, next to another perfume advertisement by Lepape for Les Parfums de Rosine, protecting it from dust, sunlight, crinkling, and unworthy hands like a work of art. Taking that book from the shelves, opening it, and contemplating Inès de la Fressange’s utmost beauty and elegance, was like attending mass. I can’t find any excuses for such excessive worshipping hyperbole. Adoration is my thing, I guess.

Leave a Reply to Silver in the Barn Cancel reply